How Physician Burnout is Taught in School (part 1 of 2)

As I reflect upon the four years of my Obstetrics and Gynecology residency at Emory University, I fondly recall the bonds of friendship that developed among my classmates. It had to be that way because the majority of our days, those classmates were the people with whom we spent the most time.

Working Upwards of 100 hours or more per week was the norm.  Why? At that time, it was incorrectly believed that hardened residents were the best residents.

Fortunately, changes to that rigorous, sleep-deprived schedule were made over 15 years ago.  Unfortunately, for me, those changes were made after I completed my residency! Having my hours restricted to 24-hour shifts and 80 hours per week sounds like a cakewalk compared to what I had to endure during my grueling years as a resident.

So, why did the rules change in the summer of 2003? Increased medical errors, higher risks of car accidents occurring after driving home from extended shifts, were but a few of the problems seen by overworked residents.  Yes, it is better today, with fewer errors occurring, patient safety is improving, and residents are feeling less stressed with the overall training.

I could see the signs of burnout at that time within myself.  I became more irritable at home with my spouse. Running to my car after a 48-hour shift at the hospital was the norm.  I kept telling myself, “I’m going to ‘take a break’ and find a job with better hours when I get into private practice.”

Since 2011,the physician burnout rate has dropped, and in 2019, physicians are claiming a small victory with the burnout rate now below 50%.  According to Medscape 2019's2019 National Physicians Burnout & Depression Report, 44% of surveyed physicians reported that they felt burned out.  However, there is still a lot of work to do.

So, you may ask, “what does physician burnout have to do with the number of hours worked in residency?  Aren’t the hours better and the job less stressful?”  Yes, and no.  Physically, the contributing factors, like 48- hour shifts, to burnout have been modified, but the mental factors remain.  Despite the changes to program hours, there is still a hidden danger that residency, even medical school, teaches as part of the learned skill set.   As long as this unrealized class is taught to the next generation of medical students and physicians,physician burnout will continue to be a plague upon society where everyone loses, the physicians, the patients, and the medical system as a whole.

I remember the days when I used to travel to visit my grandparents in South Carolina when I Was ten. Somedays, I would be a little unruly and get a spanking from my grandad.  He wasn’t a bad person; he just meant well and wanted me to be a little more disciplined.  It worked because the more summers I visited there, the fewer spankings I got.  Hardened me a bit, instilled discipline, both in listening to him as well as instilling self-discipline and has made me a stronger person overall.

Medical school and residency do the same thing.  There are written and unwritten rules that students and residents unknowingly follow because it conditions them into the physicians that they are today.

And this is where the problem lies.

There are seven different ways that our training molds us, yet also disconnects us a bit from the patients and from the practice itself, contributing to the epidemic of physician burnout.  I like to think of these as how the training has W.H.I.P.P.E.D. us, molded and shaped us into the physicians that we are now.  Like getting a spanking with that fresh green switch out of the field, the initial sting wears away; however, there is a lasting impression that mentally may not go away.

So, how are we WHIPPED in our training?

Pursuing perfection in all we do

In my next article, I will break down how each of these seven ways conditioned us as medical providers and how to recognize them within yourself.  The sooner you begin to recognize then, the quicker you will begin to pull out of the downward spiral of physician burnout and start to have a practice and lifestyle that is more fulfilling, joyful, and meaningful.

Until next time, take care and be well!

Join our Facebook for motivational  videos 5 days a week

Check out Instagram for daily motivational and inspirational quotes

Looking to connect with Dr. Young for personal/group  coaching or speaking events? 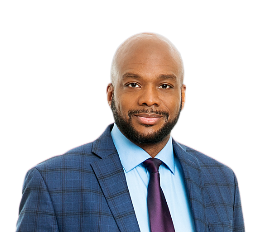 When Should You Seek Life Coaching

Handmade by AGENCY. All rights reserved ©2021.

break through fears and
excuses. Join the community.